The article highlights the main aspects of the study of the verb, its role in the modern Ukrainian language. The semantics of verbs are described and it is proved that procedurality is inherent in verbs regardless of their lexical meaning.

It is pointed out that the current problem is to highlight the features of language grammar, forms of expression of sentence members, because syntacti theory is developing rapidly, and recently in domestic linguistics there is a growing interest of researchers in the question of forms of predicate expression in modern Ukrainian. The question of the significance of observation of a sentence during the study of the modern Ukrainian language on the material of the novel «Virgin of the Mill» by Volodymyr Lys is investigated. The explanation of the main member of the sentence (predicate) is based on a multifaceted description of the sentence as the main syntactic unit of I. Vykhovanets and the statement that the predicate is the main member of a two-sentence, which indicates the modal-temporal characteristics of the predicate and is in predicative with a subject. The problem of organization of a simple sentence from the point of view of semantic-syntactic analysis is actualized. The parameters of predicate functioning are described. Emphasis is placed on the fact that the structure of the predicate in the Ukrainian language is not the same and has its own morphological means of expression. A simple verb predicate is in the forms of present, past and future tenses, in the forms of imperative and conditional ways. Simple predicates can be homogeneous. Syntactic elements of different semantics act as a predicate. Groups of simple and compound (noun and verb) predicates of the Ukrainian language, which have their own peculiarities, are singled out and characterized. The justification is confirmed by examples. It is concluded that the main member of the sentence - the predicate - is a member of the sentence, which has its own differential features and forms of expression. It
is indicated that the analyzed syntactic units create a grammatical structure of language for its functioning 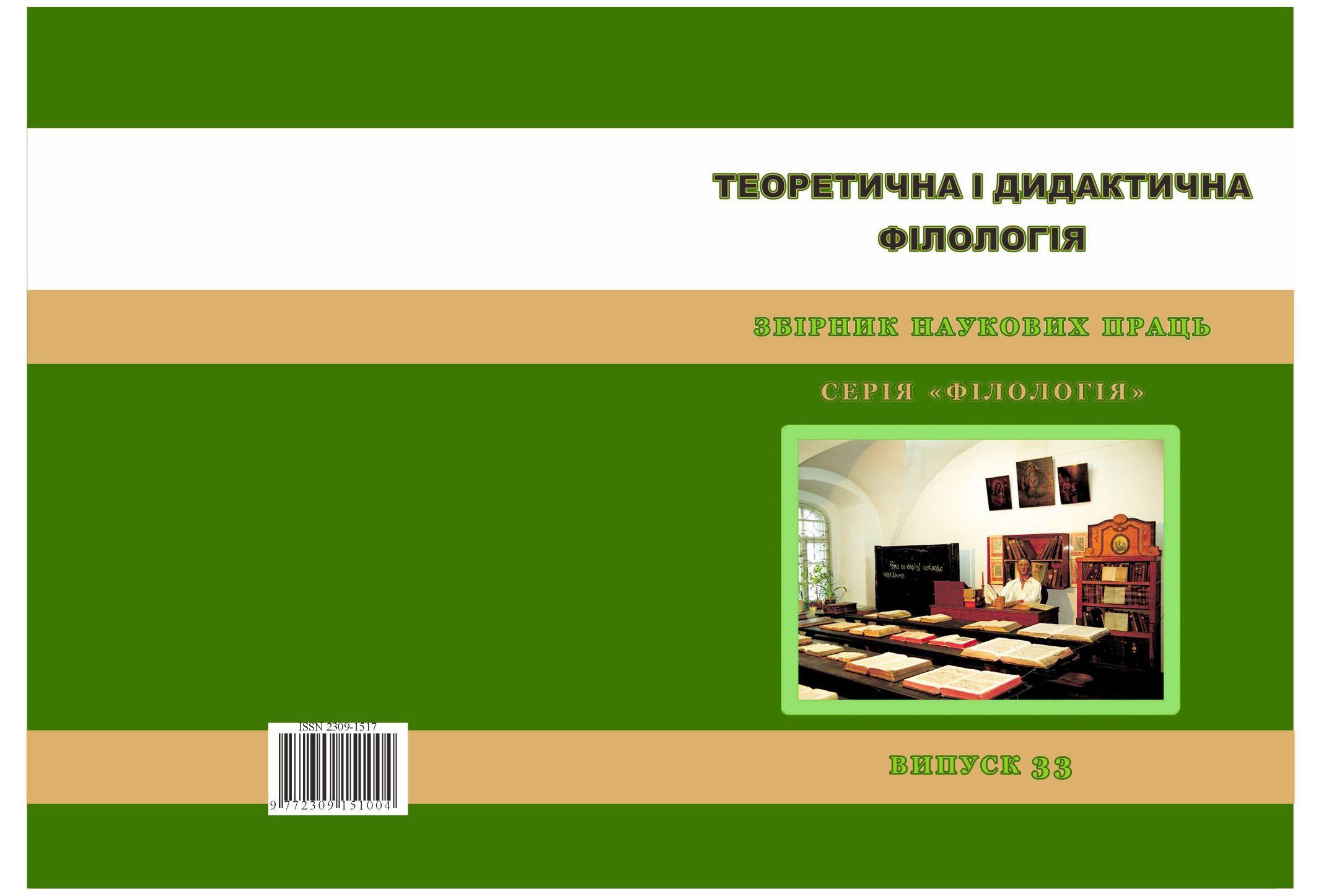 Published
2020-08-31
How to Cite
Kardash, L. (2020). Semantics and the role of verbs in the modern Ukrainian language (based on the novel «Virgin of the Mill» by Volodymyr Lys). Theoretical and Didactic Philology, (33), 107-117. Retrieved from https://tdp-journal.com/index.php/journal/article/view/205
Download Citation
Issue
No 33 (2020): Theoretical and didactic philology. Series (Philology)
Section
Articles