GENRE OF THE NOVEL «THE LAMBS OF LONDON» BY PETER ACKROYD

P. Akroyd in world literature is known as a theorist and practice of new forms of romance. Attempts by the author to disturb in his journalistic and artistic works aesthetic problems associated with changing the nature of narrative strategies, clearly demonstrated the innovativeness of the writer in English literature. English conservatism is inferior to the general literary tendencies of this time, namely, the aspiration of writers to theoretical understanding of the problems of creativity within the framework of the artwork itself. The literary component becomes an integral element in the form of intertextual links.

One of the topical issues in the study of P. Akroyd’s creativity is the definition of genre forms of his works. The article states that «London lambs», a work belonging to the author’s poem, tends to philological novel by genre. The reason for this is the following features: staging the author of aesthetic and philological problems as leading in the work, functioning as the protagonist of the creative person, who tries to solve these problems in their own way, the direction of the detective line of the plot to strengthen the complex process of choosing a hero of the ethical position in the work.

The basis of the plot of the novel is the study of literary problems, namely – the question of originality of the recently discovered works of W. Shakespeare. The attitude of the author to Shakespeare’s person is respectful. P. Acroyd does not deny the existence of a genius of English literature, but rather irritates it from attempts to level it. In the product you can find many direct and hidden citations from works of English and world literature, links to literary criticisms, allusions, reminiscences, paraphrases from biblical tales. P. Acroyd uses detective elements. In this way, the author tries to reveal the literary riddle posed to the reader – the question of the originality of recently discovered works by Shakespeare. In the product there is a figure of another real person associated with literary work – an English poet, playwright and literary scholar at the beginning of the n19th century – Charles Lem The life of the hero and his sister is closely intertwined with the fate of the hoaxer William Airland. At the same time, a theatrical game performs a structuring role in the disclosure of the life collisions of the heroes. The combination of the authenticity of the novel with the fabrication, the intertexture with the parody, the use of elements of the game, the irony testify to the departure of P. Acroyd from conservatism in English literature. 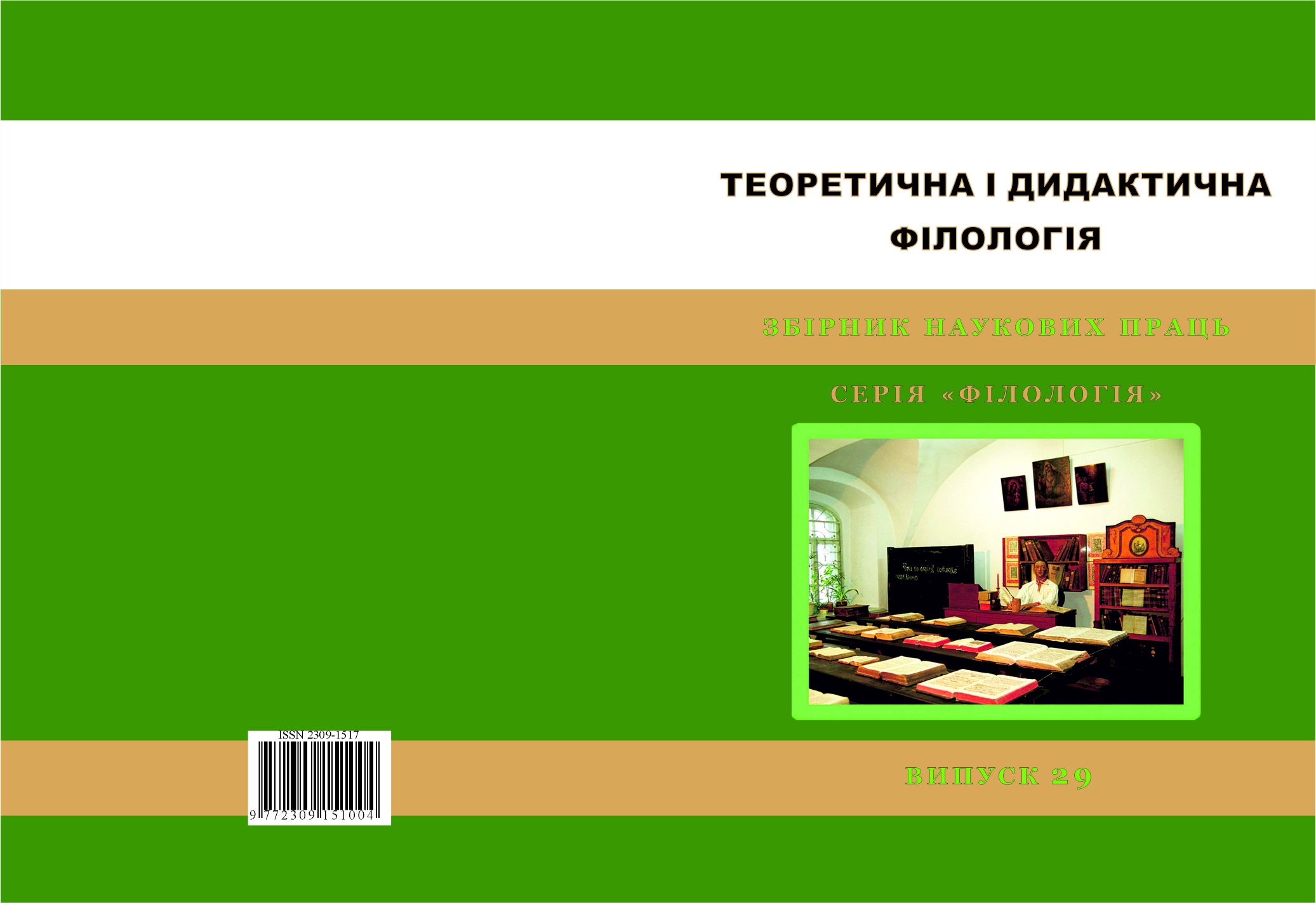 Published
2019-01-31
How to Cite
Khoma, K. (2019). GENRE OF THE NOVEL «THE LAMBS OF LONDON» BY PETER ACKROYD. Theoretical and Didactic Philology, (29), 118-124. Retrieved from https://tdp-journal.com/index.php/journal/article/view/139
Download Citation
Issue
No 29 (2019): Theoretical and didactic philology. Series (Philology)
Section
Articles